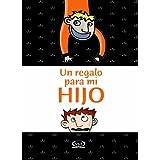 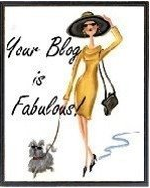 It's Time for the Tao of Thumper "Start where you are. Use what you have. Do what you can."
-- Arthur Ashe, American professional tennis player

I read this quote today and thought, it's those who embraced and lived out exactly this attitude in the years leading up to 1776 that we need to be thinking about and thanking as we celebrate American independence this weekend. The people who gave birth to this country weren't special, weren't unified, weren't perfect; they were simply committed to principles they believed in and chose to do whatever they could, wherever they were, with whatever they had. Whichever of the increasingly divergent socio-eco-political principles you believe in, you owe your ability to sing the praises of those principles, ad infinitum and ad nauseum on the world's sundry news and social media channels, to those men and women who died defending theirs.

I am astonished, and saddened, at how angrily divided this country has become. Perhaps there have been other times like these; I can speak only to my own years as an American citizen. No longer is it a matter of simple etiquette to avoid the subjects of politics and religion in conversation, it’s absolutely essential if you want to avoid starting a fight or losing a friend. We can get past Coke vs. Pepsi and Rolling Stones vs. Beatles without too many hard feelings, but mention gay marriage or minimum wage or Hobby Lobby and things get ugly in a hurry.

For that reason, I don’t “do” politics online. Does that make me a wuss? Possibly. But if we don’t dwell on our differences, I can love you without liking your taste in senators or appreciate your sense of humor without appreciating your position on immigration reform. It becomes a different matter, however, when you start labeling my opinions as evil, wrong, or stupid simply because they differ from yours. You may think I am evil, wrong, or stupid, certainly, but how incredibly rude of you to say so—in a public forum, no less! I would never say those things about you.

To me, it's like books and movies that fill a great story everyone would enjoy with violence and profanity only some will enjoy. I don’t understand the logic of alienating part of your reading/viewing audience—especially if that audience is comprised of friends and family members about whom you ostensibly care. Seems to me a better approach, if you're determined to initiate controversial topics on social media, would be to share reasons why you support your particular solution/candidate/position rather than denigrating what others hold equally dear and declaring them deviant satanic morons.

I don't think anyone would ever call me an activist (except, perhaps, on behalf of poetry or the Oxford comma), but I never miss the opportunity to vote and I've enthusiastically volunteered in a number of political campaigns over the years (for various sides, I will point out; I am all about the person and the issue, not the party). I'm certainly aware of and involved in current issues and affairs, but I see nothing to be gained by vehemently espousing views which, no matter what they are, are guaranteed to invoke reactions ranging from mild surprise to rabid rage from anyone who doesn’t agree with me.

So as we celebrate the 4th of July and move another few days deeper into the unpleasant morass the next 28 months are shaping up to be, I'm asking you to be nice. I’m pretty sure that’s a recommendation given in the Torah, the Qur'an, and the Bible—though, goodness knows, we’ve certainly dropped THAT ball. As Thumper suggested, “If you can’t say somethin’ nice, don’t say nothin’ at all.” And whether you do it on a lake, at a barbecue, or with a protest sign in your hands, I hope you will celebrate your American heritage this weekend with the pride and appreciation it deserves. At the same time, I hope you will consciously rein in your animosity for your different-from-you-but-equally-deserving-of-respect fellow Americans. We are united, like it or not, and badmouthing your teammates when times get tough is poor sportsmanship at its most repugnant.

Americans are not always the best or the brightest, we are not always right or respectful but, in our 238 years, we have done much to make this world a better place. And beleaguered, flawed, and imperfect though we may be, we are still a land of opportunity in which I firmly believe the majority of folk are kind, generous, honest, hardworking, and fair-minded. Even the ones who prefer Pepsi and the Rolling Stones.

The next time you start to post something online, ask yourself if it is potentially (or, perhaps, intentionally?) inflammatory. If it is, please consider posting Mr. Ashe’s quote instead so that each of us might be inspired to start where we are, use what we have, and do what we can to make a difference in a positive way.