Who knew a squirrel could be cuddly?

Last week was Vacation Bible School at my church and, to inspire everyone to dig deep into their piggy banks and support our designated mission project, I invited Foothills Animal Rescue to bring some of their critters and talk about their work.
To say that Tresa and Nancy and their wards made an impression would be an understatement. The children were mesmerized by the chance to see and touch a sugar glider, raccoon, and squirrel up close, and we adults turned into big puddles of mush--begging to hold and cuddle these wild things that fate has domesticated. (Okay, calling Buddha the Raccoon "domesticated" would be a stretch, but he was amiable and accommodating, if not docile!) Hazel the Squirrel, brain damaged at an early age due to a fall from her nest, was an angel, happily nibbling nuts from our palms and snoozing contentedly on our shoulders. Splenda the Sugar Glider was cordial and curious but, being nocturnal, fell asleep and pretty much missed the party.

While we ogled and petted and cuddled these animals that were fortunate enough to be rescued from their sundry disasters, Tresa and Nancy shared staggering statistics and sobering stories: the fifteen volunteers of Foothills Animal Rescue took in 11,500 injured, abandoned, abused, or endangered animals from nine North and South Carolina counties last year. (Do the math: that's almost 770 animals A PIECE--2 a day, every day for a year!) So where do these animals come from? Sometimes they're exotic pets that people get bored with or tired of. Sometimes they wander into dangerous or inappropriate places and someone calls for help. Sometimes a neighbor reports another neighbor who's tried to turn a wild thing into a pet. Sometimes someone sees an animal being abused and asks Foothills to intervene. Sometimes a park ranger calls to say "the mama's dead and we have no way to take care of the babies." So off goes the FAR team, superhero saviours of the furry and the four-footed. Of course, these volunteers don't just show up, save the day, and drive away; many times they take these animals into their homes and nurse them back to health, give them a home until one can be found, or care for the animal until it can be 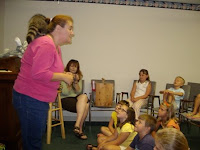 released back into the wild.
Did I mention that these are volunteers? As in, they offer up their time, gas, resources, and homes for FREE, with no compensation whatsoever, purely because they have hearts made of solid gold? We were happy to bestow a week's worth of Bible school donations on them, but what we gave doesn't even begin to make a dent in what they need. So if you'd like your hard-earned money to go to something besides the gas pump for a change, toward something that is human kindness of the purest kind, consider sending a few dollars to support this animal rescue effort. (And, yes, even a few dollars really helps!) You can make a donation via PayPal or credit card through FAR's website, or if you prefer, look online for an animal rescue organization in your own town. If you can't spare cash, consider giving some time or supplies; these organizations are always in need of runners, clerical help, vet services, food, etc.
It's getting harder and harder to make a difference in today's world; here's an opportunity that's guaranteed. Buddha and Hazel thank you! 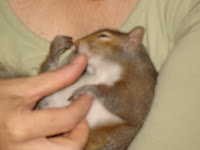 Posted by Jayne Jaudon Ferrer at 5:27 PM No comments:

Now hear this: the world is a happier place than it used to be, according to a study just completed by the University of Michigan. Yep, over the past fifteen years or so, in spite of droughts and wars and dollar cucumbers and five dollar gas, we humans are happier than we've ever been. Surprised?


Humans who live in Denmark are the happiest; that stands to reason:

after all, this is the country that gave us "Babette's Feast," (one of the most glorious movies of all times), Hans Christian Anderson, Tivoli Gardens, and Legos. Obviously, these people understand the meaning of fun! Conversely, the unhappiest people on earth are in Zimbabwe; that stands to reason as well. (Stop right now and put those poor people at the top of your prayer list.)


The U.S. comes in at #16 on the Happiness List--not too shabby, given that most of us in this country go to bed with a full stomach and a roof over our heads every night. But get this: while most Americans are out there feeling pretty good, we Baby Boomers--that would be those of us between the ages of 44 and 62-- are apparently miserable. According to a survey by LiveScience.com, "Boomers are tired, overworked, strapped, bummed out and don't expect to get a break." How can this be? We have the best music of any generation, we practically invented the Internet, and we survived leisure suits; where is your pride, people?! Who needs a full night's sleep and a well-endowed bank account when we have David Letterman an

d eBay? (The latter not a Boomer invention but, hey, we're fast learners) Yes, we're tired. Yes, we are woefully short on our retirement savings. And, yes, we may all end up in Alzheimer's units together (the communes of the 60s, gone geezer!) But life is still a great ride, and Pollyanna is a much better role model than Eeyore. I say turn off Fox and CNN, quit reading the stock market report, and, as the Partridge Family so harmoniously suggested, c'mon, get happy!

If we tolerated Pam Ewing's dream, we can put up with anything. Live long and prosper!
Posted by Jayne Jaudon Ferrer at 1:19 PM 2 comments: